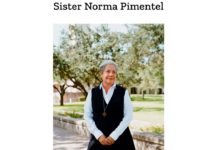 American Pickers to Film in Texas 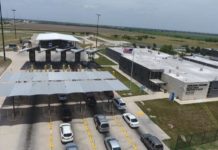 Washington – Today on the floor, U.S. Senator John Cornyn (R-TX) urged Senate colleagues to support the National Defense Authorization Act, which includes the Senator’s legislation to help juvenile victims of sexual assault have greater access to justice. Excerpts of Sen. Cornyn’s floor remarks are below, and video can be found here.

“This will close the jurisdictional loophole affecting military installations where minors commit criminal offenses on base. This issue was brought to my attention by an Army JAG officer, Judge Advocate General officer, a lawyer, who was concerned that juvenile sexual assault cases were falling through the cracks when the federal government chose not to prosecute, because naturally, this would end up in the jurisdiction of US attorneys and the federal courts, and certainly their plate is full. This is a particular problem, though, at Fort Hood in central Texas.”

“This legislation will allow the federal prosecutors to retrocede jurisdiction to the state, that allows the state to step up and prosecute these cases, allowing state-level authorities to take up the case when the federal government’s other responsibilities and finite resources prevent it from being able to do so.”

“This is, as I said, a bipartisan priority that members on both sides of the aisle should rally behind. Our children who live on military bases must be protected at all costs. And when they’re sexually assaulted, their juvenile assailants should not escape justice because of the constraints of the status quo.”

Border Patrol Agents Seize more than $1M Worth of Drugs

Border Patrol Agents Seize more than $1M Worth of Drugs