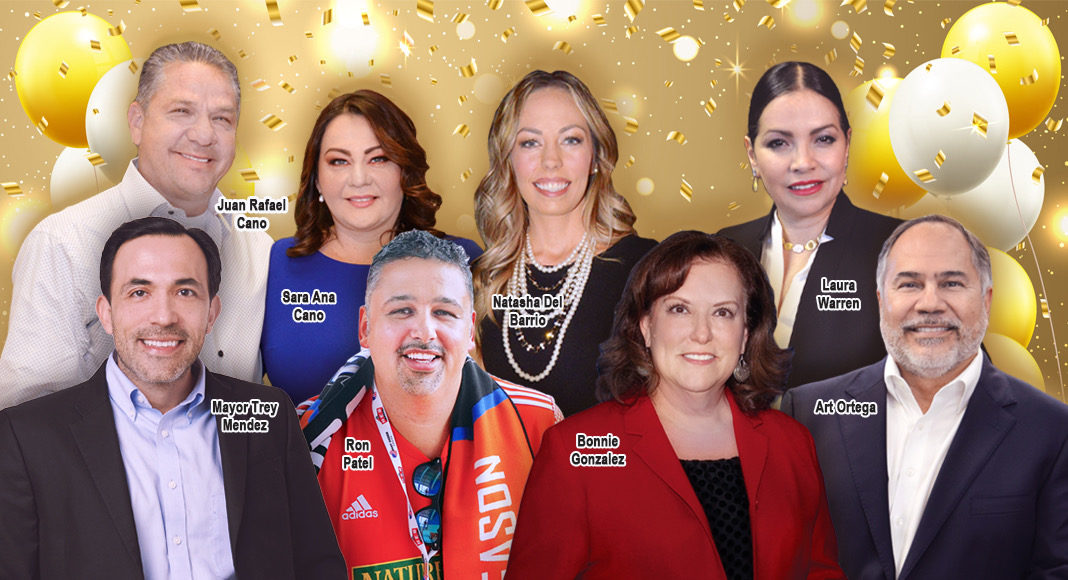 The year 2020 has been a year that we cannot forget. It has had about everything. Tragedy, because we have lost many people who have died due to COVID-19. The government has done everything possible to safeguard our citizens, however, this virus has been a great challenge for the United States and for the entire world.

The situation that it has created is that businesses have changed the way they operate. Some have gone bankrupt and those of us who remain have adapted to a new way of doing business, yes, at a distance.

The fact that the international bridges were closed to Mexican visitors and shoppers has affected us, especially along the North American border with Mexico.

But after all, not everything has been bad. During this challenging time, we have managed to interview magnificent businesspeople of the Rio Grande Valley, and in this issue, we present seven of them.

This year, I had the pleasure of meeting with Juan Rafael Cano and his wife Sara Ana. He met her when they were teenagers and worked in the beet fields of Minnesota. Today, both manage their multiple businesses and do it well; the main one is their trucking company, Cano & Sons Trucking.

Theirs is a dedicated family that reminds us that the American dream is alive. But nothing was easy, the hard work of Juan and Sara has been the pilar of a company which is now responsible for more families than they could ever have imagined.

They run a fleet of 150 vehicles, and only three of them have no driver, but they use the units to interchange with the trucks that need service. They are a great couple, that made it through many hardships of life and the grind of operating a business.

Another businessman that we consider a giant is Art Ortega. He is the chairman of Freedom Bank. He is among the great bank operators in the Valley. I might say not many. this is a very select group that have managed to succeed in the banking industry. Ortega simplifies his accomplishments by saying, “If You Can Visualize It, You Can Realize It.”

Art Ortega, the Chairman, and CEO of Freedom Bank, told Texas Border Business in Exclusivity that he always admired Glen Roney, the creator of Texas State Bank. He witnessed how Mr. Roney’s style of lending impacted the communities throughout the Rio Grande Valley.  And so, did we respect Mr. Roney.

Then we met with Laura Warren Ogletree, who I consider to be an “Architect with No Borders.” She has designed bank headquarters, automobile manufacturing support facilities, and much more. She is a gifted professional in the architecture and building industry.

If you had the opportunity to read her story, you’ll find out that no mater where the job is, she will be there, that can be Mexico, South America or anywhere in the United States.

We were lucky to welcome Ron Patel, the President of Golden Grape Entertainment, LLC (GGE) that manages Bert Ogden Arena and HEB Park, the Gems of South Texas.

Imagine, he was born in Liverpool in the North West of England, raised in different cities of the world. He then came to New Mexico at the age of sixteen, and now he is here in the Valley.

Patel brings a new perspective and believes that “Professional Sports Should Be a Point of Civic Pride for A Community.” I totally agree.

We also featured Bonnie Gonzalez, the Chief Executive Officer of Knapp Community Care Foundation (KCCF) located in Weslaco, Texas. An organization that she leads with a passion to help those who can’t help themselves. Yvonne “Bonnie” Gonzalez is “Bringing Prevention and Wellness to the Mid-Valley.”

She describes KCCF as a health conversion foundation created in late November of 2012. They invest the foundation’s money precisely in the Mid-Valley. The coverage parameters are a sizeable territorial area that goes from south Progreso, close to the U.S./Mexico border; to the north, they serve Willacy County, to the east, La Feria in Cameron County, and to the west up to Donna and anything in between. KCCF is doing great work!

From Brownsville, we brought you Trey Mendez, an attorney by trade and the current Mayor of the City of Brownsville Texas. He brought “Strong Leadership for Brownsville’s Future.” Mayor Mendez came into this position propelled by the idea that the city lacked long-term planning. For the last twenty years, he saw it. So, he felt the need to make a change, and threw his hat in the political ring. “Long term planning is essential, vital, and crucial for any city,” he told Texas Border Business.

The discovery in 2020 is Natasha Del Barrio is “An Exceptional Woman CEO in Auto Retail.” She has an interesting story. Natasha is Chief Executive Officer (CEO) for Bert Ogden and Fiesta Auto Group in the Rio Grande Valley. During this year, which has been challenging for everyone, she has done an excellent job by managing multiple dealerships in the Rio Grande Valley.

All their stories were published in Texas Border Business newsprint issues and also in the net at www.texasborderbusiness.com.

Stories mentioned in this article: