Bailey honors the past, sees bright future for UTRGV and the Valley

By Gail Fagan and Cheryl Taylor

BROWNSVILLE & EDINBURG, TEXAS – AUG. 12, 2015 – A spirited drumline and cheerleaders clad in sparkly new uniforms greeted students, faculty and staff of The University of Texas Rio Grande Valley, as they arrived to hear an address on the Edinburg Campus by the university’s founding president, Guy Bailey.

Bailey, who had given an address Tuesday, Aug. 11, on the Brownsville Campus, offered a big thank you to all who have participated in the creation of UTRGV, and gave an update on the new university’s current status and goals for the future.

Creation of this first public university in Texas in the 21st century would not have been possible without the commitment and hard work of dedicated and talented people on both campuses and at all UTRGV sites across the Valley, he said.

“A year ago, a lot of people didn’t think we would make it. But we made it,” Bailey said. “We really did it because of you. You pitched in, did the work that had to be done … and people around the country are amazed at what we have done.”

Fannin introduced Bailey in Brownsville and recalled UTB’s legacy of excellence, access and service to Texas since its founding in 1991.

“There are many changes, many transitions that we made as a small university of 1,200, to 8,000. Today, we mark another transition,” Fannin said at the Tuesday event in Brownsville.

Rodríguez, who has served as UTRGV provost and vice president for Academic Affairs since Bailey was appointed president, recalled the contributions UTPA has made in the Valley and nationwide since it was established as a junior college in 1927.

“In 1997, the Wall Street Journal recognized our institution as creating a powerful Hispanic middle class in the Rio Grande Valley. None of this would have been possible without the previous generations of Broncs who paved the way for your hard work, your incredible dedication and everlasting commitment to improving the intellectual, social and economic well-being of our students and our communities, in the Valley and beyond,” Rodríguez said.

After introducing the top UTRGV administrators in attendance, Bailey reported on the current progress of UTRGV’s imminent opening:

“We are ready to go,” Bailey said.

Still, he warned there may be some “glitches.”

Bailey also reassured that key symbols of the legacy institutions – including the bronze Bronc statue at UTPA and the scorpions on the bathroom walls at UTB, for example – will remain, and that alumni from both institutions are welcome to be part of UTRGV.

He reiterated the four objectives of the university: student success, educational opportunity, medical education, and research on issues affecting the region.

“Our purpose is to be a university for the entire Valley,” he said. 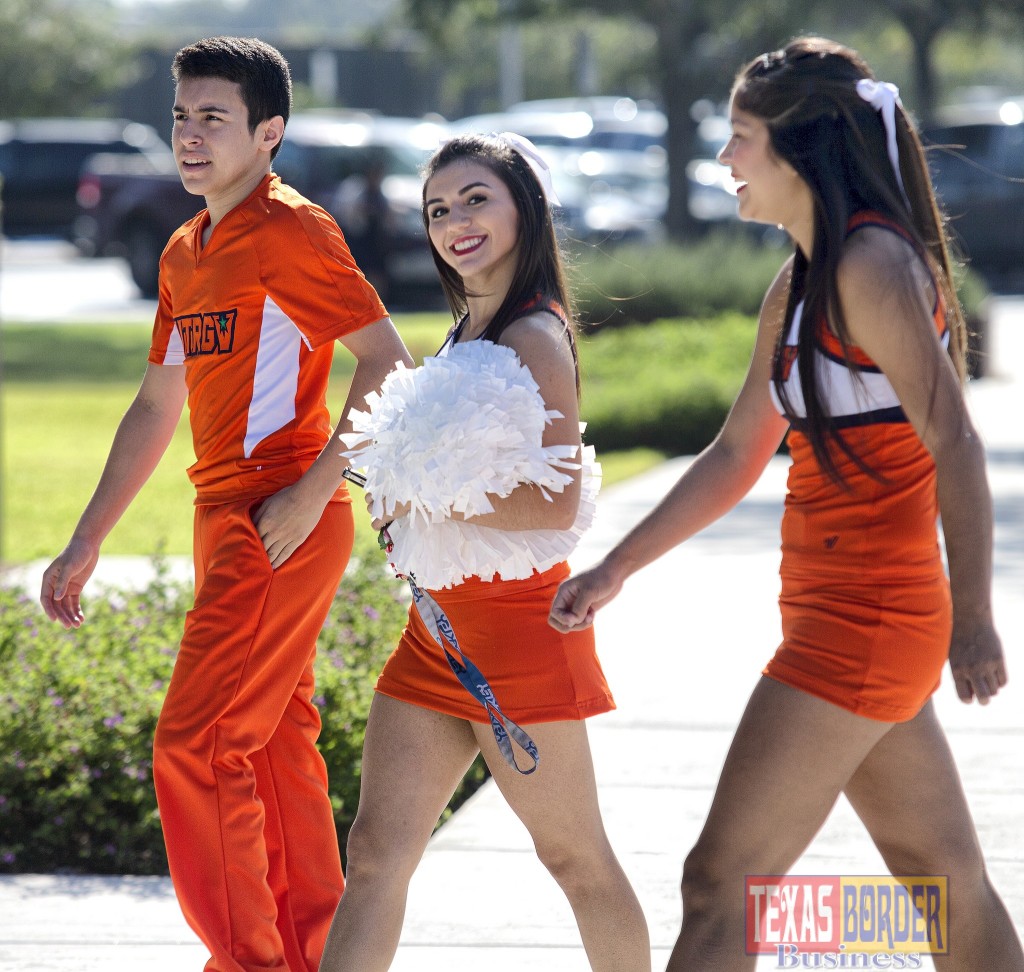 Future goals for UTRGV include becoming an emerging research institution within seven years, Bailey said, and reaching that status would make UTRGV eligible for millions more in funding opportunities through the Core Research University Fund and the Texas Research Incentive Program.

“We are in a situation in America in higher education where we have ‘haves’ and ‘have nots.’ We have a great opportunity to move into that ‘have’ category,” he said.

When the doors open to UTRGV on Aug. 31, Bailey said, it will be “the beginning, not the end.”

“We are just getting started. Our future is ahead of us with new programs and expanded opportunities for students, faculty and staff. We are going to change significantly as an institution as we move forward,” he said.

“And remember, your competition isn’t in the Valley.  Your competition is San Antonio, Houston, Dallas and Arlington. It’s a new time for us, and I can’t tell you what an exciting time it is going to be.”

The presentation concluded with a video outlining all the activities on both campuses leading up to the first day and through the first week of class. “The Best Ever Week,” which begins Aug. 27, includes a wide range of activities for students and the community, including a concert featuring Costello.