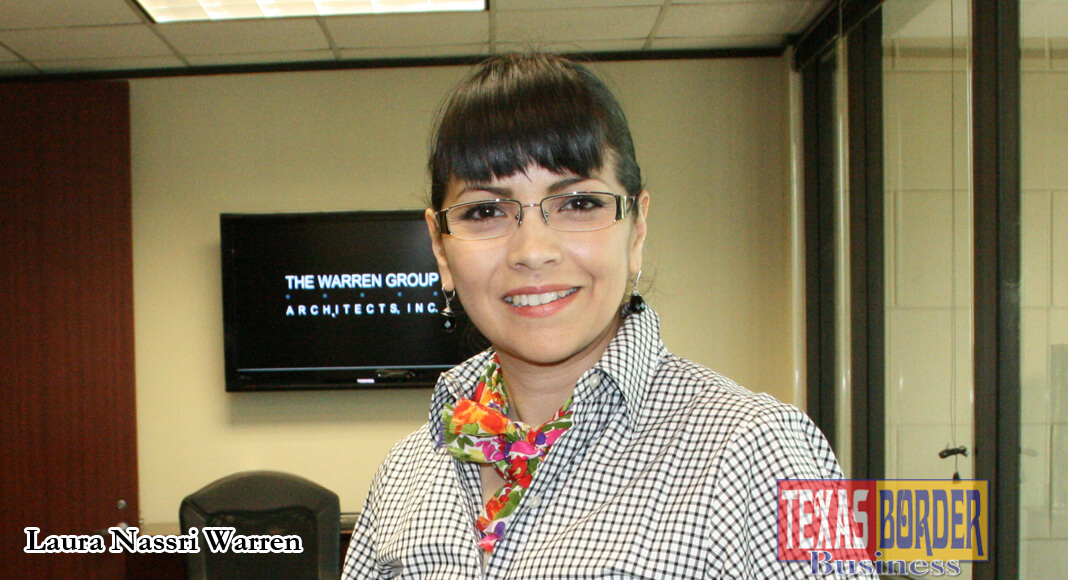 Often we have the fortune to meet and interview talented people in the region, today we came across with an outstanding professional woman who has worked diligently through the year forging for herself a name and a great future.

Laura Nassri-Warren was born in Cd. Juarez, Mexico and is the daughter of a Lebanese immigrant brought to Mexico as a small child during the Mexican revolution.

Nassri-Warren since she was a little girl wanted to become a member of the Rotary Club and an architect.

From today’s perspective, if you reflect on her dreams is not difficult to do it. But during the time she thought of this, women were not allowed in the Rotary club unless as guest or wife of a Rotarian.

As far as being an architect, this profession historically has been dominated by men too. Even thou she was against all odds in both of her dreams she pursued them in such a way that now she is among the best in her profession and the New rotary Club president in McAllen.

Nassri-Warren is a proof that if people make their mind and focus to reach goals, it is possible to acquire anything no matter what the circumstances are. She came to McAllen in 1995 following her then husband who had been transferred to the McAllen sector. “I am from Mexico and the tradition is that you follow your husband,” she told Texas Border Business.

Even thou she had no problems moving and leaving behind a high ranking job in Birmingham, Alabama she told her former husband, “I like McAllen but no more moving.”

While in Cd. Juarez, Chihuahua, at the age of sixteen and against her family’s wishes, knocked on the door of a civil engineer and Mechanical Electrical Plumbing (MEP) engineer to ask for a job. “Eduardo Samaniego, one of the engineers thought that my request was cute and hired me on the spot,” Nassri-Warren recalls.

At the time, she was in high school however already taking technical drafting classes; consequently, she started as a drafter in her new job and also visiting the construction fields in an effort to assist them after school hours.

By the time she graduated from college in Mexico as an architect she pursued certification of her studies in south America as well, at that time she was a partner of a firm doing work for the president of Mexico and the state government.

She worked in the design of the state’s children hospital in Cd. Juarez, also in the psychiatric hospital in Chihuahua and in Juarez and in the master planning of the Santa Teresa/San Geronimo project.

This mega international plan unit development is over forty-two thousand acres between Cd. Juarez and New Mexico. “The Santa Teresa / San Geronimo project is very similar to the Hunt Valley Development in Sharyland only that it included an airport and an international railroad and automobile crossing bridge, she points out.

She says that the project is still going but unfortunately does not have the support as in McAllen/Mission project. “For that reason,” she added, “The Hunt Development is more successful because it has to do with infrastructure and politics.”

She gets married and moves to Alabama

In Birmingham, she starts her internship planning to be certified as an architect in the U. S. She was told that it was difficult and tedious. “Yes, I actually I was the only one to achieve international certification. I was told that it was going to be very difficult, so you are telling me is not impossible? So I did it,” she said.

She said that it is required for foreign architects to complete an eight-year internship under the certified watch of an architect. It is important to report to the National Council of Architect Examiners evaluation of all documents and after that if everything is in order, there are nine exams that have to be taken.

According to her, this is a way to get foreigners up to speed with everything related to US architecture rules and in a way to weed out people that are not well trained. “It’s very difficult to pass the exams even when you graduate of this country,” she said.

Her internship and work with the prestigious firm Giattina Fisher Aycock Architects, a multi-disciplinary firm with vast experience in mega projects gave her a great level of experience.

There, she became a project manager in charge of designing and supervision of construction of medical research facilities for the University of Alabama as well as all renovations to the children’s hospital for which she got several awards.

As an architect, working for this firm is like a fish in pond, she was exposed to large design projects, very tall building construction and to the multidisciplinary and generalists experience, there she reinforced her believe in problem.

Leaving this firm was sad for her, but also she found something new when she moved to McAllen, “This for me was a unique opportunity since I am certified in Mexico and South America; I thought this was a place for me to grow,” she stated.

During all this time, Nassri-Warren acquired more experience, experience that became instrumental for many of the projects she is now involved with. She worked with other local firms, however the experience she accumulated working in Mexico and Alabama where not in demand until the Hunts started with their development.

“That’s when I started doing more work internationally like managed projects for European companies within the auto industry,” she said. She also had the opportunity to do work for a company called Hines Brazil, which is a worldwide development company headquartered in Brazil.

I owe many people that have helped me in my career; one of those people is Keith Partridge who has recommended me with other clients who have a need or a problem to solve.

Nassri-Warren says that the international management she provides to corporations doing business in Mexico is very effective. This is because she understands the culture. “America is best when being America, Mexico is also best when being Mexico once we recognize that than we have a very good product,” she explains.

She says that with her experience is easier to combine the American requirements code and insurance with the Mexican materials and labor. She added that once the Mexican companies feel that they are understood then the communication flows and you always get a successful project. Nassri-Warren is not a one-way thinker; she feels that is important to have an open mind to be able to listen.

Her hobbies are community work and cooking; she has been involved with PTA as a member of the executive board for three years and heavily involved with Rotary Club where she became their president this year and takes over the reins as of this month.

She says she feel emotional about becoming McAllen Rotary president. “My father was an honorary Rotarian and when he was given his pin I was there.” It was there when she felt the desire to become a Rotarian and she expressed her dream in front of everyone.

Many laughed maybe thinking that her comments were cute at six years of age and was told that Rotary club was not for women advising her to marry a Rotarian in be part of the gatherings.

Now, in 2009 she is the new first woman president in the McAllen Rotary Club South. “If my father was alive today he would be proud,” she said.

Currently, she operates her architectural firm with eight very talented people and there is opening for two more full time positions. “We are growing,” she asserts.

Since she has experience in designing and working with auto plants, we asked about the auto plant that city and development leaders have been working on. Nassri-Warren immediately told us that she is under a confidentiality agreement and only limited information that has been already published she was able to discuss.

“All I can say that it is a very big project and standing strong,” she said. “So much has been said about the secrecy of this project and the reason is because we have to protect it to make sure that it stays here.”

She mentioned that the city of McAllen and the McAllen Economic Development Corporation headed by Keith Patridge have worked very hard investing time and money trying to bring this project to our community. “I am very confident that it will come,” she said. She added that there will be an announcement very soon concerning this project.

Among all her activities, which sometimes become tight, Nassri-Warren finds time to cook, an activity that she loves. She is good preparing Mexican, Lebanese, Mediterranean food and more.  She also prepares salsas and she confesses that is how she spoils people. She finds cooking relaxing, even thou she surprises people when they learn that she cooks. “This brings the family together,” she says.

a. Highlights of her career:

b. The Warren Group: 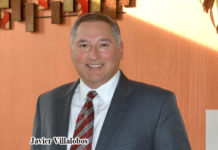 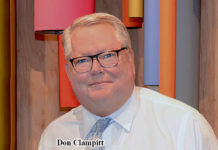 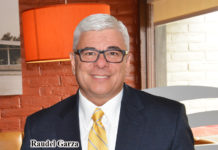