“Accept Uncertainty, Love Thy Neighbor, and This Too Shall Pass” – Don Clampitt

Don Clampitt, Chairman and Chief Executive Officer of Clampitt Paper Company, headquartered in Dallas, Texas, told Texas Border Business in exclusivity to “accept uncertainty because we can’t control what’s going on.” He is right. Under the current circumstances, the pandemic has created all sorts of challenges for everyone and can’t be controlled.

Don accepted an invitation to be part of a team of three businessmen that saw those challenges especially for the restaurant industry. This is an industry that has been devasted by COVID-19.

Reed Allan Melnick approached Don and Texas Border Business to form an alliance and print menus for all the restaurants free of charge. Don didn’t hesitate and said yes. He provided additional paper for the menus, Reed provided equipment, and Texas Border Business also provided paper, personnel and the know-how to print thousands of menus requested by restaurant operators. He immediately saw the need to support the local restaurants and their employees by providing free disposable menus that could help keep their customers safer.

For Don, this is not the first time he has been involved in giving back to the community, that is why they formed the Clampitt Foundation. Through this entity, they stay connected with those that need it the most.

Clampitt Paper Company was founded in 1941 by Don’s parents. “It all started with my father, Max, and mom, Mary-Nell, one delivery vehicle, and a passion for entrepreneurship,” he said.

Don loves to tell how his parents dedicated their lives to this company that became the family business, and to serve their community. It was successful then, and it is thriving today.

Proud of his parents, Don said, “My father, Max was raised by his mother and began working full time at a young age to help support the two of them.” His father’s business passion started not much later when he and his wife Mary-Nell began selling paper out of their home.

“If you are in business, you know that there is a lot of work that has to be done,” he said. His parents worked non-stop for many years to create one of the few remaining independent local paper suppliers in the southwest region.

When Max passed away in 2001, his youngest son Don Clampitt stepped into the President and then CEO role at Clampitt Paper and broadened the company’s audience with the Creative Center opening in 2004.

“I have worked for Clampitt for 41 years, and our company as a whole is getting ready to celebrate its 80th birthday,” he said. His mother passed away in 1990 and his father in 2001.

“I joined them right out of college in 1979 and started working in the warehouse. Then I moved to customer service, outside sales, VP of marketing, and then president. And in 2001, I became CEO.”

Clampitt Paper Company has grown exponentially, covering several states. During the phone interview, he was traveling from his distribution store in Houston back to Dallas.  “We are a Texas company, but I have divisions in Albuquerque, New Mexico; Springfield, Missouri; Kansas City, Kansas.” He added, “We’re also in Tulsa and Oklahoma City, Oklahoma and we are about to open in Denver.”

Don said that when he was approached by Reed Allan Melnick, the owner of Pop Smart Technologies (POP), he was surprised because nobody in Dallas is doing a project like this in McAllen to help restaurants to not just survive but to help keep customers safe with disposable menus.

The project of printing free menus for all restaurants in the Valley continues. Restaurant operators simply have to call or send an email with a copy of the menu they need to be reprinted. There is no need for applications, no nothing, just bring or send the original menu in jpeg format or pdf, and that’s it. Full color printing is also available at no cost.

“No matter what business you’re in, whether you’re in the paper business or anything else, it’s been devastating,” Don said. “I am glad to be part of this effort to provide this service for free to all restaurant operators.”

Clampitt Paper Company has had a local presence in the Rio Grande Valley for several decades, operating from McAllen, Texas. It is also important to note that, in 2016, Clampitt Paper celebrated 75 years in the paper business and has continued to grow and evolve each year to continue making customers and employees proud. This year Clampitt Paper will be celebrating their 80th Anniversary! 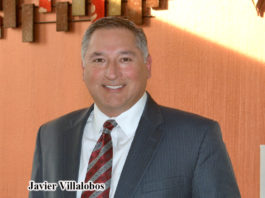 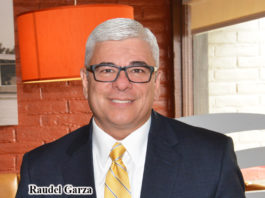 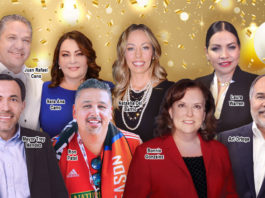