Texas Border BusinessWe Promote Commerce at All Levels
Home MeGustaTV Sen. Cruz to Big Tech CEOs: Who Elected You to Decide What... 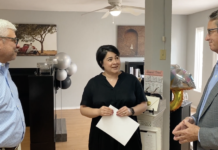 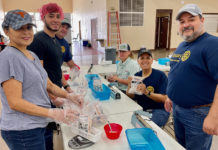 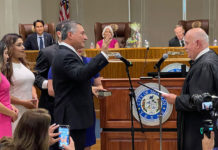 HOUSTON, Texas – U.S. Sen. Ted Cruz (R-Texas), member of the Senate Commerce Committee, today questioned Google CEO Sundar Pichai, Facebook CEO Mark Zuckerberg, and Twitter CEO Jack Dorsey, who had been called on to testify regarding Big Tech’s recent political censorship and attempts to interfere in the 2020 election, along with possible reforms to Section 230 of the Communications Decency Act. Watch Sen. Cruz’s full exchange with Jack Dorsey during his round of questioning here. Excerpts are included below.

On the urgency of this hearing and the evidence of ongoing Big Tech bias, Sen. Cruz said:

“They collectively pose, I believe, the single greatest threat to free speech in America, and the greatest threat we have to free and fair elections. Yesterday, I spent a considerable amount of time speaking to both Mr. Zuckerberg and Mr. Pichai. I have concerns about the behavior of both of their companies.

“I would note that Facebook is at the minimum at least trying to make some efforts in the direction of defending free speech. I appreciate their doing so. Google – I agree with the concerns that Senator Klobuchar raised. I think Google has more power than any company on the face of the planet. The antitrust concerns are real. The impact of Google is profound, and I expect we will have continued ongoing discussions about Google’s abuse of that power and its willingness to manipulate search outcomes to influence and change election results.

“But today, I want to focus my questioning on Mr. Dorsey and on Twitter. Because of the three players before us, I think Twitter’s conduct has by far [been] the most egregious.”

In response to Jack Dorsey saying Twitter does not have the power to influence elections, Sen. Cruz said:

“Mr. Dorsey, I find your opening answers absurd on their face. Let’s talk about the last two weeks in particular. As you know, I have long been concerned about Twitter’s pattern of censoring and silencing individual Americans with whom Twitter disagrees. But two weeks ago, Twitter, and to a lesser extent, Facebook, crossed a threshold that is fundamental in our country. Two weeks ago, Twitter made the unilateral decision to censor the New York Post in a series of two blockbuster articles, both alleging evidence of corruption against. Joe BidenThe first concerning Ukraine, the second concerning communist China.”

On Twitter’s censorship of The New York Post’s reporting on alleged corruption of the Bidens, and Jack Dorsey’s claim it was due to their ‘hacked materials policy,’ Sen. Cruz said:

“So in your view, if it’s unclear the source of a document – in this instance, The New York Post documented what it said the source was, which it said it was a laptop owned by a Hunter Biden that had been turned into a repair store. So they weren’t hiding what they claimed to be the source. Is it your position that Twitter, when you can’t tell the source, blocks, press stories? […]

“Did Twitter block the distribution of The New York Times, a story a few weeks ago, that purported to be based on copies of President Trump’s tax returns?” […]

“They posted what they purported to be original source materials, and federal law, federal statute, makes it a crime, a federal felony to distribute someone’s tax returns against their knowledge. So that material was based on something that was distributed in violation of federal law, and yet Twitter gleefully allowed people to circulate that. But when the article was critical of Joe Biden, Twitter engaged in rampant censorship and silencing.”

Pointing out that The New York Post is still blocked from tweeting from their account due to their original post of the article about the alleged corruption of the Bidens, Sen. Cruz said:

“Mr. Dorsey, […] New York Post isn’t just some random guy tweeting. The New York Post has the fourth highest circulation of any newspaper in America. The New York Post is over 200 years old. The New York Post was founded by Alexander Hamilton, and your position is that you can sit in Silicon Valley and demand of the media what stories they can publish. You can tell the American people what reporting they can hear, is that right? […] The terms of service is how media outlets must genuflect and obey your dictates if they wish to be able to communicate with readers.”

On November 17, both Dorsey and Zuckerberg will be back to testify before Sen. Cruz and his colleagues on the Senate Judiciary Committee. More coverage of Sen. Cruz’s fight against Big Tech bias may be found below:

WATCH: Time for Silicon Valley Oligarchs to Answer to the American People

WATCH: Sen. Cruz: The Judiciary Committee Wants to Know What the Hell is Going On

READ: Sen. Cruz: Big Tech is Drunk On Their Power

Sen. Cruz has long warned that Big Tech censorship is “the single greatest threat to democracy.” As chairman of the Judiciary Committee’s subcommittee on The Constitution, Sen. Cruz is leading the fight in the Senate to hold Big Tech accountable to the American people. Read more about Sen. Cruz’s efforts to demand answers below:

·         Sent a letter this month to Twitter and Facebook regarding their blatant censorship of The New York Post’s reporting on corruption of Joe and Hunter Biden in China and Ukraine.

·         Chaired multiple hearings with representatives from Twitter, Facebook, and Google, where he raised his concerns about the technology companies engaging in a disturbing pattern of political censorship.

·         Heard testimony from Dennis Prager of PragerU, whose videos are routinely censored on YouTube, and Dr. Robert Epstein, a psychologist who testified that Google’s biased search results swung a minimum of 2.6 million votes to Hillary Clinton in 2016.

·         Sent a letter to U.S. Trade Representative, Ambassador Robert Lighthizer, urging him to remove language in U.S. trade agreements similar to Section 230 of the Communications Decency Act, which provides “near -blanket legal immunity” to technology companies.

·         Wrote an op-ed in The Hill in response to Twitter CEO Jack Dorsey’s announcement last week banning all political ads from the platform, calling the move “profoundly harmful.”

·         Sent a letter to Google CEO Sundar Pichai raising concerns about Google’s latest actions to censor political speech with which it disagrees.

·         Called for a criminal investigation into Twitter for blatant and willful violation of U.S. sanctions on Iran.

·         Sent two letters – one to Google and one to Facebook – slamming the companies for their separate announcements regarding election advertising.