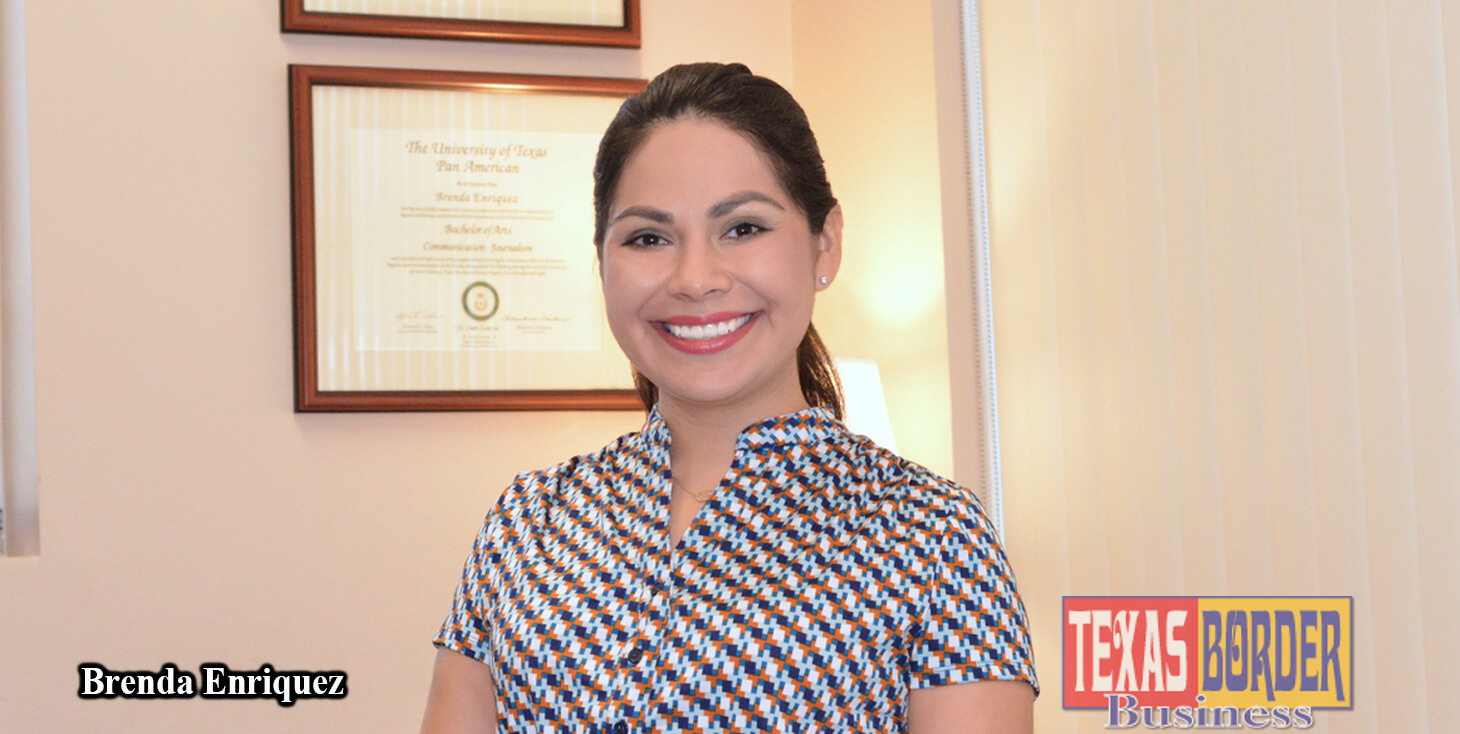 She is Up to the Challenge of Taking the Tourism Bureau to the Next Level.

Brenda Enriquez is part of a large family of seven siblings; she is number six and, in a way, one of the babies of the Enriquez family. For her age, she has had some very exciting times in her career. She is a quick learner and one who achieves success once she starts a project.

Armed with a Bachelor of Communication and a Master of Public Affairs degrees, Enriquez took the bull by the horns when she accepted to become the Chief Executive Officer for the Greater Mission Chamber of Commerce.

Enriquez started in her new position in November of 2018, today, it is barely five months later. She has demonstrated being a unique woman in an arena where she is constantly planning, engaging, and advocating for hundreds of Mission chamber members.

Being the person at the top of the organizational chart, as she is with the chamber, brings tons of responsibilities that could be challenging for anyone. In her case, she is having fun, and looking forward to finishing a successful year when this one just started.

During her short time as CEO, she has led and participated in several signature events for the Chamber and the City of Mission. One of them is the Health Fair. “We partnered with the Mission Regional Medical Center, and we held the fair at the Mission Events Center,” she told Texas Border Business.

According to Enriquez, a health fair is an event created and dedicated to the community as a whole. One of the services provided is free blood work for the first 500 residents to attend. “We want to have a good and healthy community, so we can continue thriving,” Enríquez stated. This event took place on January 12, 2019. There is more, the Winter Texan Fiesta takes place in February of each year, and is without a doubt, one of the most successful gatherings. It attracted more than 3,000 winter visitors.

“Our annual Winter Texan Fiesta was designed to thank our Winter Texan population.” She said, “They come from all areas and especially from the north of the United States.”

It is understandable, the frigid temperatures in northern states like Minnesota, Iowa, Michigan, and in Canada can become unbearable for anyone, no matter what their age. That is why, Mission celebrates with a good number of attractions, especially great weather, and welcomes people with this fiesta dedicated to them.

Enriquez said, “Winter Texans have come here for decades, and some have made Mission their home. We want them to know that we appreciate them and that as a community we always put on a fiesta for them before they go back home.” This year’s celebration was at the Mission Event Center. “It was an indoor and outdoor event and it was a hit,” she said.

Before doing all of these events, Enriquez wanted to know more about the members.

Whoever made the selection of Enriquez becoming the chief executive officer, made a right and sound decision. She came with 13 years of experience from the University of Texas Rio Grande Valley where she served as the Director of Development for the UTRGV College of Engineering and Computer Science. She also served in the position of Special Events Manager of Advancements and as coordinator of Recruitment and Orientation including the Visitors Center at the University.

With her many abilities, Enriquez is able to apply her experience to run the Mission Chamber smoothly. The chamber business never ceases for a moment. This is one thing that she is very aware of.

She added, “And in between those two large events on February 12 through 13, I did ‘Mission Day’ in Austin, partnering with the City, and with the Mission EDC.” This gave her the opportunity to take members of the Board of Directors of the chamber, EDC officers, and City council to Austin. This trip is important because you get acquainted with the people that make the laws for Texas, and in return, the legislators get to meet leaders of the Rio Grande Valley. “I have to say, everyone was very grateful, it was a good event.”

But wait, there is more, the day she gave this interview, she was also preparing for the next day, March 29, to celebrate another signature event of the chamber, the Mission Golf Classic Tournament. “This year we embraced our community, our tradition, our heritage, and what the customs are here in Mission.” She continued, This Golf Classic annual tournament raises funds and the proceeds benefit the Mission Consolidated School District students, the “Back to School Bash.” Enriquez said that 28 teams registered, and the event was held at the Cimarron Country Club. She thanked the sponsors and participants, for always supporting the effort of helping students.

“This is actually my first golf tournament. In the past, I’ve been part of the planning committee with the RGV Partnership. I’ve volunteered, but never have I been leading the organization for this. And of course, I have a great team that made it easier and possible,” she said. She was referring to five outstanding members of her staff; Zayda Pacheco, C.J. Sanchez, Esmer Stone, Nayeli Zenteno, and Jennifer Espinoza.

She admits that it has been a lot of work, “It’s not easy,” she said, “And I got a tell you, that’s just one component of this new role that I have.”

So, the first thing she did even before starting to work on all the above, she said, “You know what? Let’s see how satisfied our members are.” Like she says, at the end of the day she reports to them. That survey became her preliminary assessment, and she was excited.

The activities included visiting and listening to long-standing members from different industries. It was vital for her to meet them, to understand what she was stepping into and where to go from there. She called it “a listening tour.”

Enriquez: “I’ll be honest, not everybody was; we needed some work.” The satisfaction she got from all of these efforts is she got to know her members because in the end as she says, “it’s all about relationships.”

For Enriquez, it’s evident in her mind that the other part of the job is to advocate, be the voice for the members, and help them be sustainable to continue flowing the economy. She said, “If they have business challenges, the only way we’re going to know is if we have a strong relationship; then we can tackle them together.”

One of her immediate priorities is a Tourism Bureau, now, under her responsibilities. She is already gathering information about the tourism assets of the City of Mission because this will be her next focus. There is going to be a serious effort in bringing more tourists, more convention events, more clients for the hotel industry, and it also includes Mexico.

As she takes over her new duties, she is excited and talks about making the trip in June of this year to Denver, Colorado where they will announce if the City of Mission is an “All-America” city this year. The City of Mission was selected as an All-America finalist. She said, “We are excited and supporting the City of Mission that has been doing wonderful things.” She continued, “I have to give it up to our mayor, our city council; they are really listening to the constituents, to everyone. And they’re making things happen.”

In the meantime, the Chamber is partnering with the City of Mission for the U.S. Census 2020. She said, “We are going to start hosting informational sessions to let our community know that every person counts, and our logo has a more direct message; ‘Every Slice Counts’.”

During her time working at the university, she met Dr. Kelly Scribner, the vice president of institutional advancement, which is a fundraising arm of the university. Needless to say, they really hit it off extraordinarily. “I wanted to join her team, and I did. She’s a great mentor, she’s one of the … she’s probably the best fundraiser that I have ever met.”

Enriquez said, “Dr. Scribner is fantastic; she took me under her wing and mentored me. She really helped me … and guided me to let me know that it’s all about relationships at the end of the day.”

Do you miss the University?

Enriquez: “I do, I miss the University because it’s my alma mater, so it will always have a special place in my heart. But I have to say that at the Chamber I’m able to lead and to help transform the City of Mission and that makes me feel very good.”

“I am excited, I want the challenge, and to take the tourism bureau to the next level. I’m excited to be the point of contact for the business leaders here in the city. I’m ready to rock and roll; I’m ready,” she finalized.

Written by Roberto Hugo Gonzalez, the 2009 SBA Journalist of the Year Award Winner and a 2009 and 2012 Paul Harris Fellow Award recipient. 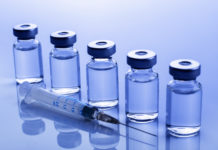 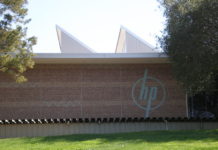 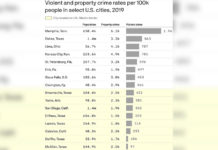