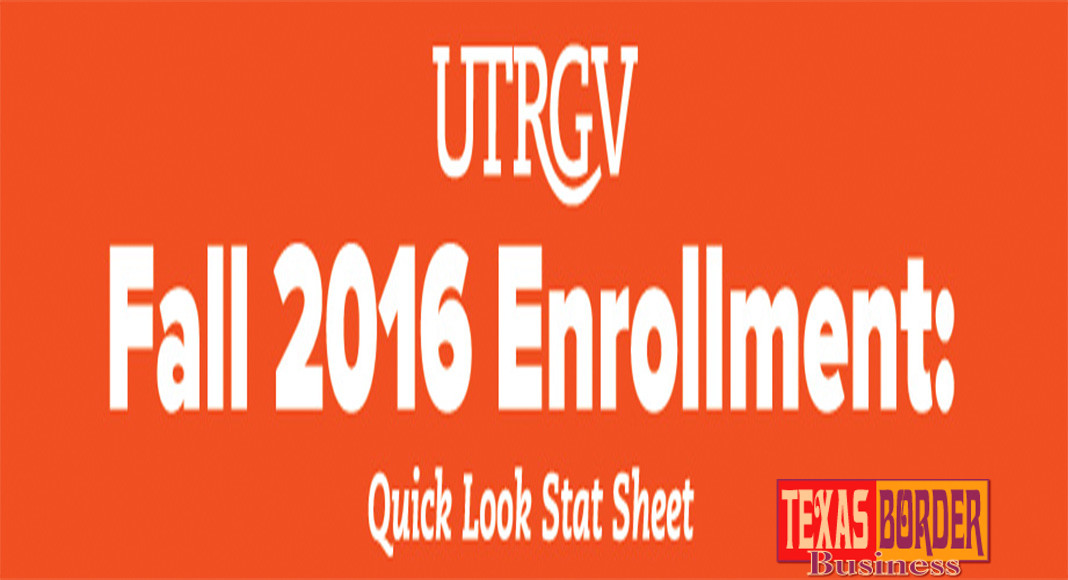 RIO GRANDE VALLEY, TEXAS – SEPT. 19, 2016 – The University of Texas Rio Grande Valley announced today a fall 2016 headcount enrollment of 27,551 highlighted by one of the top freshman classes in the state.

The enrollment decreased by 1,105 students (3.9 percent) from last year, but UTRGV President Guy Bailey said the change was expected. The lower enrollment, he said, is largely a result of the more than 10,000 students who graduated from UTRGV and the legacy institutions the past two years.

“Rather than try to make up for that large number by manipulating our admission requirements, we have adhered closely to the standards approved by the Board of Regents when UTRGV was being formed,” Bailey said. “Adhering to those standards has lowered our enrollment, but in the end, the number of students we graduate is more important than the number of students we enroll.”

As a result, UTRGV welcomes a particularly strong entering freshman class, one that Bailey said most universities in Texas would envy. Distinctions include:

“Perhaps more importantly, we have been able to attract such an impressive freshman class without compromising access for students with financial need,” Bailey said. “As in past years, about two-thirds of the class is Pell eligible.”

Initial results regarding student success at UTRGV are also very encouraging. Preliminary freshman-sophomore retention rates for first-time full-time freshmen are at 80.0 percent, above last year’s state (72.4 percent) and national averages (78.6 percent), and six percentage points higher than the legacy institutions. These retention rates would have been the third-highest in the UT System last year behind UT Austin and UT Dallas, two institutions with significantly higher admission standards.

In addition, this year’s enrollment includes 272 more transfer students from last year, an increase of 26 percent.

Also, the percentage of UTRGV students enrolled in 15 or more credit hours has grown dramatically this year, increasing from 24.3 percent to 32.5 percent.

“What this means is that one-third of our students are on a pathway that can lead to graduation in four years,” Bailey said. “It also means that, while our enrollment is down, our undergraduate student credit hours are actually up by more than 4,000 credit hours.

“It is clear that our new tuition plan, which guarantees rates for four years and caps tuition at 12 credit hours, is working just as we hoped it would.” 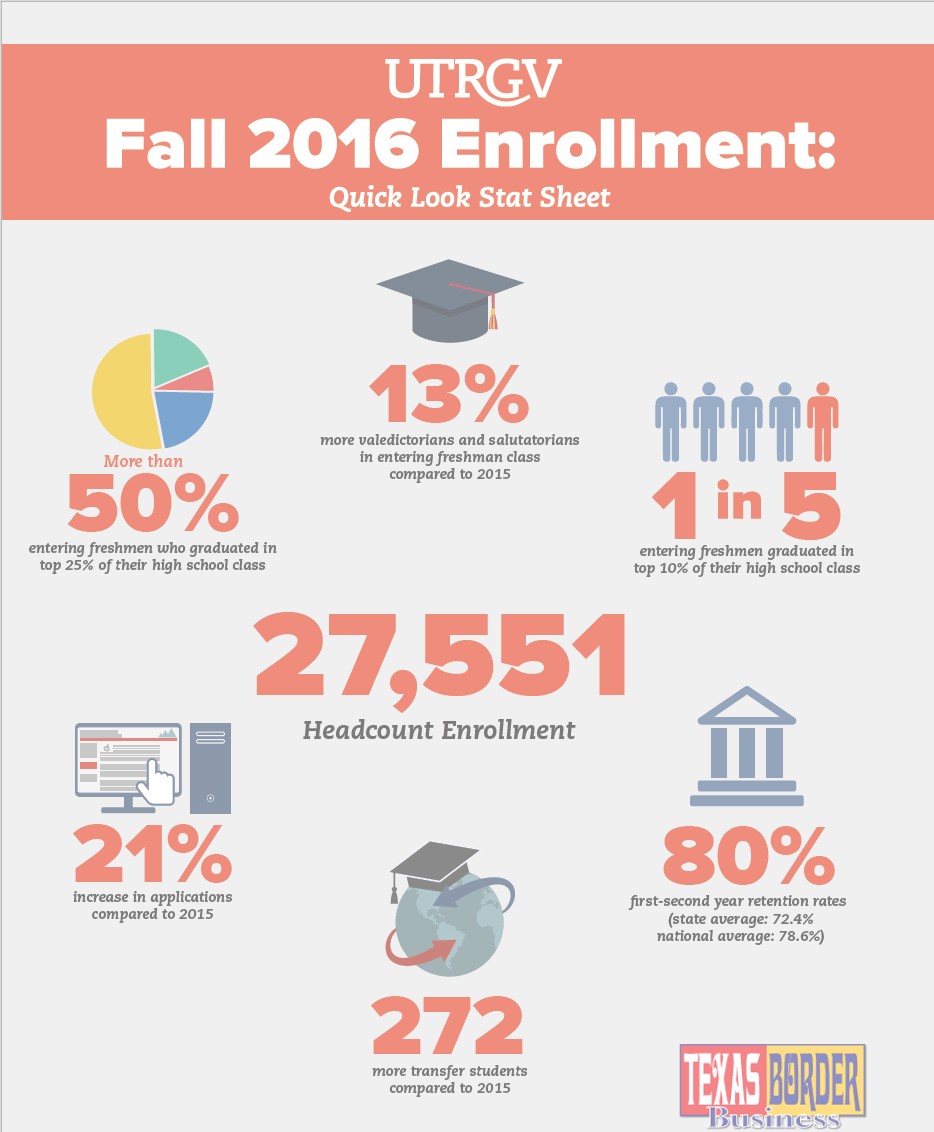