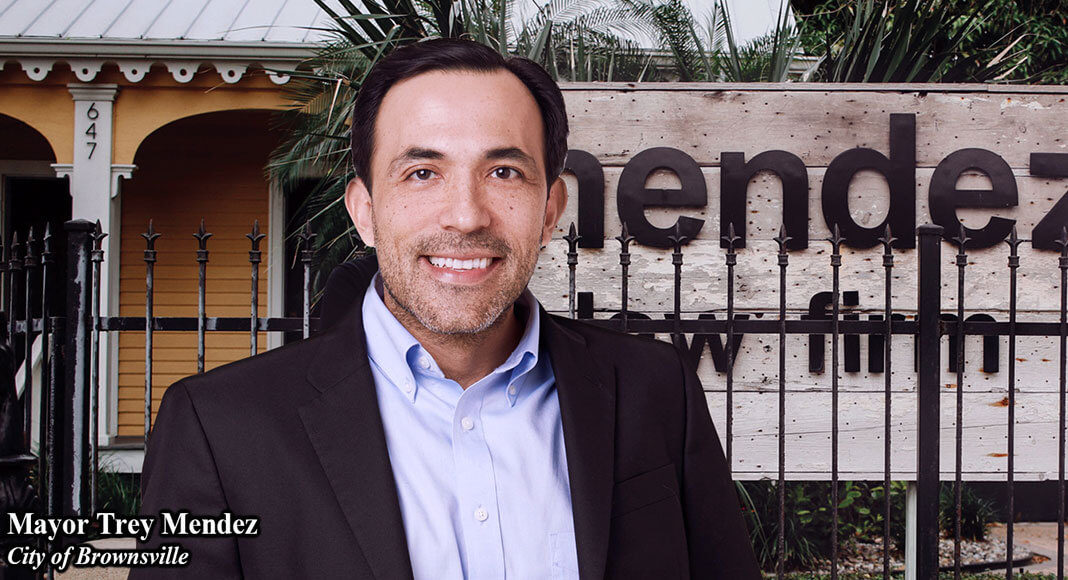 Trey Mendez, an attorney by trade, is the mayor of Brownsville, a landmark city in South Texas. Mayor Mendez came into this position propelled by the idea that the city lacked long-term planning. For the last twenty years, he saw it. So, he felt the need to make a change and threw his hat in the political ring. “Long term planning is essential, vital, and crucial for any city,” he told Texas Border Business.

In simple words, Mayor Mendez explained, “Before I came on board, we had an excellent administrative team, and a good City Commission. What we didn’t have for the longest time was that the city suffered from a lack of planning.”

He went on to say that there are strategies that deal with the future in trying to approach the critical issues that they see as a city. He mentioned the fiscal portion of the broadband initiative, investing in city assets, and trying to develop long-term solutions for infrastructure, drainage, and improvements.

“So, there was no five-year plan.” He said, “It was just like the city was being run on a day-to-day basis. That wasn’t an effective approach, that’s what I saw.”

He noticed that Brownsville went from being the Valley leader to have to make up a lot of ground because other cities started moving quicker than Brownsville.

“Today, I feel that we’ve got an excellent team in place. We’ve, adopted a strategic plan going forward.” He said, “So, the planning aspect now is a strength for the city.”

His service to his community is not new to him, before becoming mayor of the 16th largest city in Texas and the largest in the Valley, he was a trustee at Texas Southmost College for nine years.

His idea of long-term planning was not the only motive he had to become Brownsville’s mayor. “It was more than anything a desire to help my community.  I always felt that I had a good skill set to manage through problems; a problem solver,” he said.

Mayor Mendez can bring people together. “I have a reasonable approach and obviously, I’m not looking for anything for myself. I am neutral and able to just find the best way to address issues and to help my community.”

In June 2019, Mayor Mendez was elected; he is approaching fifteen months in office. During that short time, he feels that the city, with the help of the administrative staff and city commissioners of Brownsville, is on the right track.

But not even one year in office, in February 2020, Mayor Mendez and city commission started to face what could be one of their most significant challenges as public servants, COVID-19. The so-called coronavirus has turned the entire world upside down multiple times during the seven months since it was announced.

Did you ever imagine finding yourself as mayor in the middle of a pandemic?

“Oh, my gosh. It’s been a hundred years since anybody has ever dealt with an issue like this.” He said, “When I ran for mayor, I ran because I felt that I could bring a different approach and a different mindset to the City of Brownsville.” He continued, “I certainly did not ever imagine that I’d be mayor during a pandemic that hadn’t happened for a hundred years. But to be honest, I think it’s made us grow up very quickly. It’s been such a different thing than I ever could have envisioned.”

Mayor Mendez emphasized that he is making sure to place Brownsville on the pedestal that it deserves as the largest city in the Valley.

He said that back in March, when the coronavirus information became more serious, he didn’t think it would last long. “We are now in August, and we are still dealing with it.”

Mayor Mendez pointed out that the city has carried out multiple actions to protect the citizens. “Believe me, it’s a daily challenge. It seems like a new challenge every day, but we’re doing the best we can to manage through it.”

He also added that they have coordinated with the County and with the State. “I can say I am very comfortable; we’ve done everything we possibly could. I think we’ve done a great job with the resources that we have in managing through the pandemic.”

In your opinion, how long do you think this pandemic will last?

“I don’t think it’s prudent to try to guess.” He said, “We’re not planning around the vaccine, we’re planning as if there is no vaccine.”

Mayor Mendez said that we could not be that dependent on a vaccine. “We don’t know how effective it will be. We’re still learning a lot about the virus itself.”

One of their main efforts is to contain the spread of COVID-19 and make sure that the community can move forward as best as possible despite the virus.

Is the city losing business because of the pandemic? “Being on the border and so close to Mexico, it has affected business in Brownsville.” He said, “The cross-border traffic has reduced significantly because both sides of the border have taken measures to protect their citizens, and rightfully so.”

Mayor Mendez often talks to the Matamoros, Mexico mayor, and other Brownsville City officials; both cities have lost business because of COVID-19.

From his point of view, the most challenging situation Brownville faces is the fiscal position overall. He said, “The city has grown, consequently, a larger budget is needed. Much of the funds are already committed at the beginning of the year.

Those revenues are vital for growth because they are invested in infrastructure and other improvements.

The current project on the board that is a priority for him is to bring broadband citywide. The city has already retained a firm to help. A finalized plan is expected in November of this year.

Not until then, will the city fathers have a real handle on the infrastructure available and what’s needed.

“Broadband citywide is crucial, not only for the schools, and the students, but also for businesses.”

He pointed out that today, we are much more reliant on connectivity. “I think the pandemic has shown us how valuable having connectivity to the internet is. Not only to continue to do business, but to continue our education, and to be attractive to industry as well.”

City officials are also working on a Zoo masterplan. They have retained a firm by the name of PJA Architects from Seattle. This firm is an expert in the field and will help to make the zoo even better.

He said that Glady’s Porter Zoo probably is the greatest asset they have. “It brings tens of thousands of tourists and about $25 million worth of revenue a year.”

The plan, according to the mayor, is to expand it. Some of the recommendations could be implemented as soon as next year.

Mayor Mendez was born and raised in Brownsville. He earned his degree at The University of Texas School of Law in Austin, Texas.

He owns and operates Mendez Law Firm, and his primary focus is on insurance litigation for the policyholder. The practice also includes commercial litigation, mediation, and representation of diverse corporate clientele in all areas.

Mayor Mendez finalized by saying, “Brownsville is open for business, and I invite everyone to visit.”

Written by Roberto Hugo Gonzalez, the 2009 SBA Journalist of the Year Award Winner a 2009 and 2012 Paul Harris Award recipient

City of McAllen officials, in conjunction with the McAllen Independent School District and Hidalgo County, will be hosting a COVID-19 vaccine clinic tomorrow, Friday, January 22, 2021 at the McAllen Convention Center, 700 Convention Center Boulevard, starting at 8:00 a.m. for all pre-registered individuals in Tier 1A and Tier 1B.
Read more

The Good Deed from Great Hearts

The Ramos, a family of nine, lost their home to fire before Christmas. It was indeed a sad and devastating tragedy.
Read more