Home News Exclusives Making the U.S./Mexico Border Safe Is Not a Piece of Cake 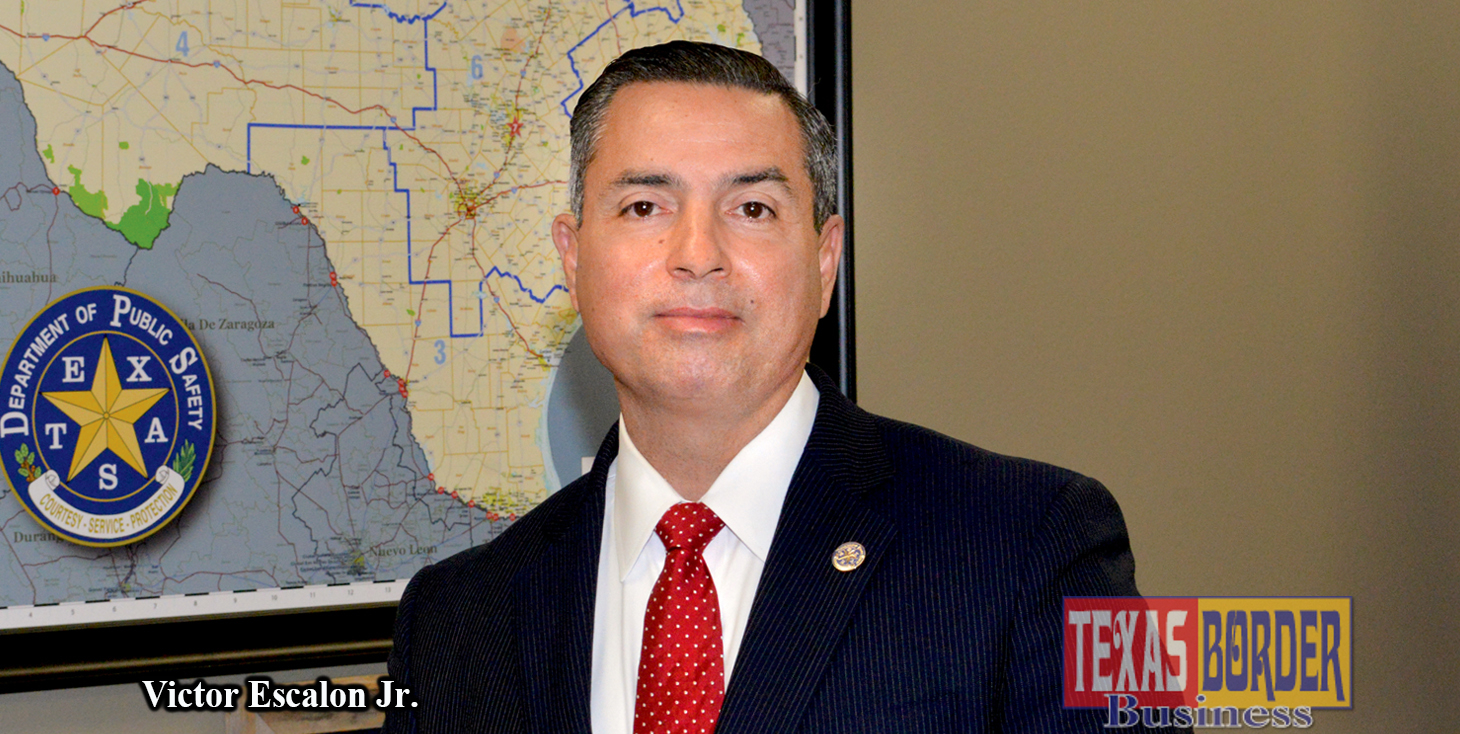 Victor Escalon Jr. is now the Regional Director for the Department of Public Safety South Texas Region. He serves a district that spans a vast territory from Brownsville, Corpus Christi, and Del Rio, Texas.  The U.S./Mexico border is a humongous area which is covered by well trained and dedicated officers with the mindset to serve Texas.

Escalon knows the responsibility of this job and follows the vision of the institution. “We work proactively to protect the citizens of Texas in an ever-changing threat environment.”

Escalon was born in Laredo, Texas, however, he grew up in the Rio Grande Valley. His family moved to McAllen in 1976 and he attended McAllen schools, Pan American University and also served in the United States Navy.

Escalon was appointed as Regional Director on September 1, 2019. Before this, he has had an extensive career in the public safety field. During the many years in this field, he has accumulated vast experience on the way up.

“I’ve been with the department of public safety going on 26 years,” Escalon told Texas Border Business.

He first served as a highway patrol trooper in Zapata and Laredo, Texas. From there, he was promoted to the narcotic services, serving for approximately four and a half years in Laredo, where he earned the sergeant rank.

When the opportunity came up in 2003, he became a Texas Ranger dedicating sixteen years in this division. Escalon was also promoted to Sergeant Investigator in Harlingen, working with all agencies of the Rio Grande Valley. “While in the Ranger division, I was promoted to Lieutenant, where I spent another six years in Laredo.

His hard work and dedication earned him a promotion to Captain, and his new duty station was at the Austin headquarters. “I ended up being there five years, three years as a Captain and then as Major for two years.”

Escalon pointed out that from there, he was appointed to the rank of Major overseeing operations in the Special Operation Group.

DPS plays a vital role in securing highway safety for Texans by combating threats from cartels and organized crime. They have a presence almost everywhere, even though the districts are more extensive in comparison to their force.

To be effective, he said, “We work closely with our federal and local partners in identifying challenges in the areas we patrol.  It is so important we maintain an open line of communication.

He said that by collaborating with the local police departments, the Sheriff’s Department, and District Attorney (DA), this makes it a safer field for the citizens.

He pointed out, “The DA is paramount because when we file charges against criminals, they prosecute.” He continued, “It takes working with all the partners in law enforcement to be successful, effective, and to efficiently deploy our personnel to secure our border.”

As far as his philosophy about community policing, he says that DPS plays a significant role. “We have a responsibility to provide courtesy, service, and protection for the people.” Adding that, “Our officers visit universities, schools, and attend community events to stay connected.”

Escalon’s role in front of his officers is to lead by example and to communicate with law enforcement officials, local politicians, and the community. “My responsibility also is to have a good understanding of what’s occurring in the communities in South Texas. It is important to know what’s going on in Del Rio, in Corpus Christi, Laredo, Zapata, and the Rio Grande Valley.”

Understanding is a key word in his role as a leader. He said that by understanding the challenges before him, he is able to fill the gaps by managing the officers as they do community policing, enforcing laws, or dealing with crashes.

He said, “That’s part of my role, which also includes my support to the people that help us to do this job every day.” Escalon was talking about people in the crime lab; Drivers License office, Regulatory Service department, and support personnel that make it possible for our troopers, special agents, and Rangers to do their job. This is important to keep the department strong and to maintain an open communication with the community

Concerning illegal immigration, he said that it falls under the U.S. Border Patrol and DPS is here to support them, to work with them. “We are also concerned about the criminal gang members, drug smugglers, and the people that are coming across to cause harm.”

He said that it takes experience and leadership skills to perform an excellent job as chief administrator. “It requires knowing how to deal with critical events, spending time in the field, and working with personnel.” His job is challenging and demanding.

Creating a border security environment is not an easy thing, especially when there are not enough personnel to safeguard miles and miles of territory. So, how does this agency effectively perform this task for its community?

“The technology that we use in our department is the Drawbridge camera program.” He said, “It’s a high-end game camera deployed from Brownsville to El Paso along the river that takes pictures of individuals coming across. The cameras are additional eyes on the ground.

“Our marked units have cameras and officers use body cameras.” He said that also helps them to do their jobs.

DPS has reached a level of sophistication with the different tools they use, like radar equipment, and the technology to do scale diagrams in 3-D for critical incidents.

“We also have instruments that analyze and document with such precision the location, size, and the width of the crime scene. We have drones and helicopters with camera systems to help us record events to combat crime.”

There is no doubt that the challenges of the Texas/Mexico border are unique, and most of the time, monumental. For that reason, DPS uses the river patrol.

“It’s a team of boats that we have assigned to patrol along the river, from the Rio Grande Valley to El Paso, and also parts of the Gulf of Mexico.” He said, “These are tools to fight crime and create deterrence against criminal aliens and smugglers coming across.”

“Those waterways are still Texas, so, we also cover along those areas. We offer protection for the public, as we assist our border patrol partners,” he stated.

But that is not all; the agency’s arsenal also features airplanes, helicopters, and drones. Escalon said, “We use them for traffic and criminal investigations.  These assets also make it safer for our personnel and the public while we conduct our operations.

When meeting DPS officers, provided that you are not breaking the law, they are professional and courteous. The agencies actively select officers from the civilian world that want to be troopers.

Escalon pointed out that applicants go through rigorous testing and a physical exam. “They need to be physically in shape and go through a written examination to make sure they have those skills needed to perform in the job.”. “But we’re looking for people with good credit records, good citizens, and good role models.”

“The Department of Public Safety officers are an elite force that work hard to keep the South Texas communities we serve safe,” stated Escalon.

At the end of this conversation with Victor Escalon Jr., the Regional Director for the Department of Public Safety South Texas Region, I asked him about his activities after work. “I like ranching and outdoor activities I also work out regularly, but my favorite activity is spending time with my family.”

Written by Roberto Hugo Gonzalez, the 2009 SBA Journalist of the Year Award Winner and a 2009 and 2012 Paul Harris Award recipient.

EXCLUSIVE: “Professional Sports Should Be a Point of Civic Pride for...

WATCH: What to Believe – Getting the Data Right on COVID-19

VIDEO: We Will Defend America Against Violent Anarchists

Virtual Back to School Week with the IMAS