They created a program to HELP small businesses in distress 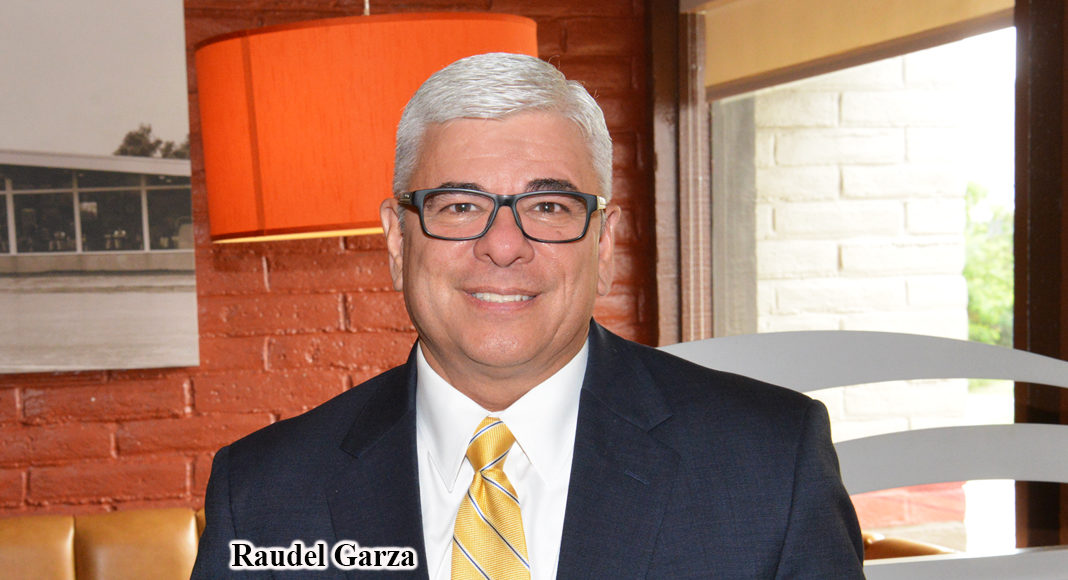 What is the main ingredient for a city to be successful? I would say the right people. People are vital for a city to grow and prosper. However, it’s challenging to find the right people who can work together like a fine-tuned orchestra. It is not a problem for the City of Harlingen, they have a very stable municipal government with forward-thinking minds.

Among its many departments or entities, the City has one that always shines. Harlingen Economic Development Corp. (HEDC) is an entity that moves fast and effectively under the direction of its president and board of directors who are committed to creating opportunities for the community.

Under this leadership is Raudel Garza, manager and CEO for Harlingen EDC. He has been with the EDC for the last eight years, where he has worked on numerous projects that have brought industry and businesses to create jobs for the City of Harlingen.

This year has been challenging for the Harlingen EDC team because of the COVID-19 pandemic affected them and the world. But even under those circumstances, they worked around the pandemic and put together a program to help small businesses.

Raudel told Texas Border Business, “We came up with a program called HELP, which is part of the Harlingen Emergency Loan Program. It is designed to help smaller companies that don’t have the resources to reach out to the bankers through the PPP program, or SBA’s Economic Injury Disaster Loan program.”

Raudel added that many small businesses aren’t set up to take advantage of those resources; for that reason, they wanted to do something purposeful. He explained, “The program is for the kind of businesses that fall through the cracks and, that people don’t realize, are so important to the economy.”

He continued, “A lot of those are the nail salons, the haircut places, the small general contractor who does a little bit of remodeling from time to time, the pest control guy, the fitness gym, and the individual maintenance folks who couldn’t operate because of the shutdown. Those were the kinds of companies we wanted to help out.”

Raudel said it’s always satisfying to see people’s faces light up when they hear that they have qualified for the loan when they come to sign the documents and get their check.

“They feel that the weight is off their shoulders because they don’t have to worry about making a payment for a year, that’s part of the program,” he said. Anyone that is in business understands when there is a relief, like in these cases.

“They don’t have to worry about interest because there is no interest, and they can relax a little bit.” He also pointed out, “The bills that fell behind are now back to being current, and they can look forward to doing what they were doing before and hopefully picking up their business.”

The pandemic has crippled businesses worldwide. Harlingen was no exception but having this program available for the business community is a blessing.

Raudel also spoke about the mom-and-pop restaurants and the fact that no one was allowed to go to the restaurants during a period of the pandemic. “Some restaurants easily adapted to curbside or drive-through service, but there were so many that couldn’t do it.”

Raudel feels satisfied that he and his team implemented the program designed to help small businesses to keep going and pay off some of their main bills and hopefully get back on track and avoid a shutdown.

These loans that were available to small businesses were made possible because the City of Harlingen and the Harlingen Economic Development Corporation set aside one million dollars to loan. “It’s seems like a lot,” Raudel says, “But, then you start lending out $10,000 at a time, so that million dollars has to go very far.”

The application for businesses to apply was available on their website. For those who weren’t able to use a computer, the Harlingen EDC team stood available to help, always following social distancing protocols.

Raudel remembers that when all of this started for them, he had to cut short his spring break vacation because the shutdown began. Once he got into town, his team agreed to work from home. Even though the HEDC was under a pandemic emergency, no business interruption was allowed. The team adapted quickly and worked from home using tablets and their desktops. The Zoom technology facilitated the daily face to face meetings, so they had no slowdown whatsoever.

During that period, Raudel said that the business community was asking for more information; they didn’t know what was going on. Even with orders from the Cameron County Judge’s office, some needed more explanation to figure out the situation.

Questions like, “Am I an essential business or a non-essential business?” He said that their local manufacturers were also asking questions. For that reason, he started zoom meetings with the EDC attorney requesting his opinion and further explanation of the Judge’s order.

“We video recorded the meeting and posted it on our website. Zoom meetings like these became an additional tool to inform manufacturers and businesses in general,” Raudel said.

They even went further by doing informational webinars with the SBA, specifically on their economic injury disaster loan program. As they grew the program, they had guests with information, which included U.S. Congressman Filemon Vela. “We were trying to get very relevant information to our audience,” Raudel said.

After six weeks working from home, on May 4, his team returned to the office to launch the HELP program. Since then, they have been following the six-foot social distancing still required and stipulating that everyone should wear a mask.

Harlingen Economic Development Corp. is the arm of the City to attract companies and bring jobs to the City. Raudel explained, “Typically we don’t deal with small businesses; we deal mostly with manufacturers, logistics companies, and large medical practices; those are the types of businesses we’re trying to bring to Harlingen.”

“It’s been enriching for us; we got to know more about our small business operators. To see their smiling faces, for us, brought a great satisfaction of accomplishment,” Raudel finalized.

The year 2020 has been a year that we cannot forget. It has had about everything.
Read more

Those who know Laura Warren Ogletree know she is a capable and gifted professional in the architecture and building industry.
Read more

Trey Mendez, an attorney by trade, is the mayor of Brownsville, a landmark city in South Texas. Mayor Mendez came into this position propelled by the idea that the city lacked long-term planning.
Read more

It is reassuring to know that someone and a board of directors work diligently to better the health of the Rio Grande Valley residents.
Read more
- Advertisement -