Columnist Ruben Navarrette Jr. to be next UTPA Distinguished Speaker 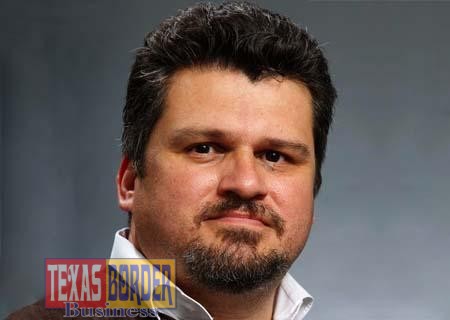 Nationally syndicated columnist Ruben Navarrette Jr. will be the next presenter in The University of Texas-Pan American’s Distinguished Speakers series Oct. 16 at 7:30 p.m. at the University’s Student Union Theater.

“The visit will be especially meaningful since my mother was born and raised in Edinburg, around the corner from UT Pan American,” Navarrette said.

Navarrette, a syndicated columnist with The Washington Post Writers Group, has his twice-weekly columns appear in about 150 newspapers throughout the country. Known for his unpredictability and provocative thinking, Navarrette challenges both political parties with equal enthusiasm and his column is required reading for anyone who wants to better understand the nation’s 52 million Latinos, according to biographical information provided by American Program Bureau Inc., which arranges his public speaking engagements.

He also is a regular contributor to CNN and has been interviewed on numerous programs such as “Lou Dobbs Tonight”, “Anderson Cooper 360”, “The O’Reilly Factor”, “Fox and Friends”, “Hardball with Chris Matthews”, “The NewsHour with Jim Lehrer”, to name a few.

As a public speaker, Navarrette has addressed audiences at universities, conferences and town halls since 1993. Places at which he has spoken include his alma mater, Harvard University, Georgetown University, Southern Methodist University, among others.

At UT Pan American, Navarrette’s speech will be “The Impasse: How the Immigration Debate Got Broken — and How to Put it Back Together.”

Edna Zambrano, UTPA’s associate dean of students, said Navarrette, being the most widely read Latino columnist in the nation should pique the interests of the University community and the general public.

“Through his work, he has challenged both political parties on various issues, from education to immigration, and he provides great insight to those wanting to learn more about the over 50 million Latinos living in the U.S. today,” Zambrano said.

In its 10th year, the Distinguished Speakers Series offers students and the University community the opportunity to hear and engage speakers of the highest caliber who inform and inspire.

The series is underwritten by student fees, as recommended by the Student Affairs Advisory Committee. A Distinguished Speakers Committee composed of faculty, staff and students select speakers who represent a variety of world views and backgrounds.

This event is free and open to the public but seating is limited. Doors will open at 7 p.m. for UTPA students, faculty and staff with a valid UTPA ID and at 7:20 p.m. for the general public.

Reliant, an NRG Company Partners with Food Bank RGV for ‘Meals under Moonlight’