The Cadillac Lyriq brand is future-forward, always a sign of innovation 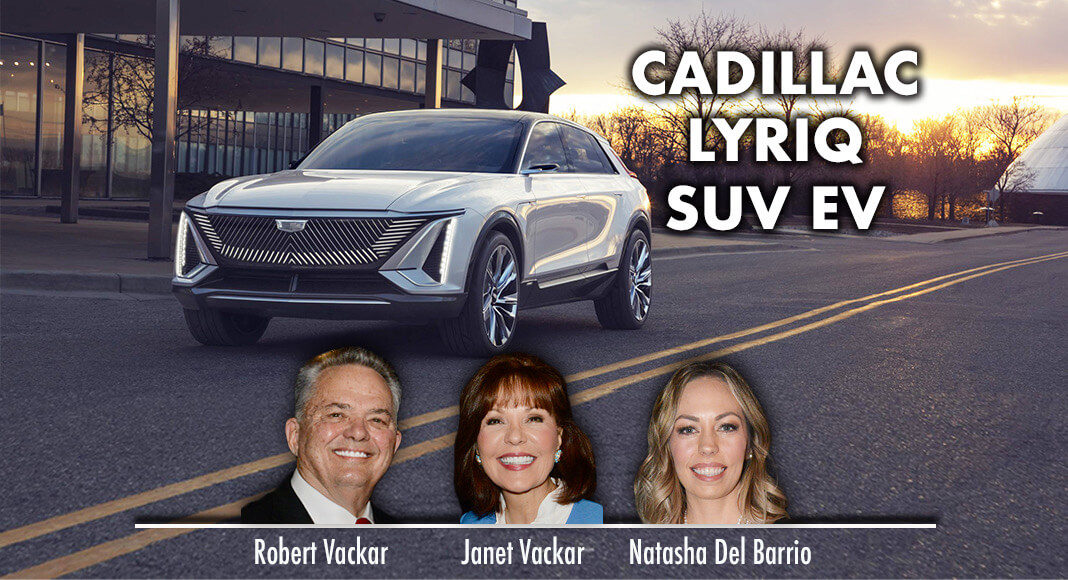 Fab Lab is a 501-C3 non-profit in Downtown El Paso that aims to provide accessible educational experiences for students and professionals to support the development of more ingenious and resourceful products.
Read more
00:03:33

Bert Ogden Auto Group is a dynamic company, a conglomerate of dealerships in Rio Grande Valley. It is, by far, the leader in the industry.

The auto group announced the construction of the new dealership – Bert Ogden Cadillac, where it will debut the Cadillac Lyriq.  This electric vehicle is the next revolution in personal mobility, changing the world for us, our children, and our children’s children.

Bob Vackar, principal of the company, said that General Motors (GM) is committed to all vehicles’ electrification, and Cadillac Lyriq is at the vanguard of converting to electric.

He added that GM executives approached him and proposed to partner and build the first Cadillac electric dealership in the Rio Grande Valley. “GM selected about twenty Cadillac dealerships in the nation for this partnership with GM; among them, we are included,” stated Bob.

The Cadillac Lyriq electric SUV is the first fully electric Cadillac by GM, featuring a 300-mile range battery. GM believes that most charging will be overnight at home. In any case, GM is working with Qmerit so buyers of electric vehicles (EV) can get home charger installation. Qmerit, a separate and independent company is providing turnkey, home EV charger installations for EV buyers.

Level 2 charging operates at 240V AC. Charging stations that are installed in homes, workplaces, and public locations can provide approximately 25 miles of range per hour of charging.

Level 3 is DCFC, generally only available in public locations, can typically charge a vehicle to 80% in approximately 20-30 minutes.

According to Natasha, Bert Ogden Auto Group plans to provide free charging stations at the dealership to its valuable customers.

“The construction of the first SUV Cadillac electric auto dealership in the Valley, it’s a great event that has no precedent,” Natasha said. “The new facility should be ready by November of 2021.”

The home of the Cadillac electric vehicle dealership is next to the Infiniti dealership in Edinburg. The Bert Ogden Auto Group also owns Infiniti. The location has a panoramic view and easy access from South 281 I-69 in Edinburg and Cage Boulevard from west of the building.

Janet Vackar, principal of the company, stated, “Electric vehicles are the future, and General Motors has taken the lead with the development of Cadillac Lyriq SUV.” She continued, “Bert Ogden Cadillac is very proud to have been chosen by General Motors as one of the first to partner with them to revolutionize the car business as we know it.”

Natasha, the CEO of the auto group agrees that this is a revolution of personal mobility. “The option available is that you can order a Cadillac Lyriq with rear-wheel drive or all-wheel drive by having two eclectic motors, one in the front and one in the back.”

Besides, Natasha explained there are numerous advantages of the Cadillac Lyriq SUV. “It will be able to park itself or pull out of a parking space with no driver inside the vehicle. It also has Super Cruise, which is GM’s semi-autonomous technology feature allowing drivers to take their hands off the steering for long trips.”

The Bert Ogden Cadillac facility will have a state-of-the-art service department exclusively for electric vehicles. “We just broke ground and are scheduled to have it complete by this time next year.” Bob said, “GM is ahead of the game and is all set to start in the year 2022.”

Natasha pointed out, “Since the electric cars are super quiet, Cadillac Lyriq features the active noise cancellation. The car’s stereo speakers produce sound waves to cancel unwanted noise from the tires while on the road.”

The Bert Ogden Cadillac facility is 30,000 square feet and being built on a ten-acre tract of land.

In their video presentation, it was stated that the crown jewel of the Ultium system is the battery cell itself, where according to GM, the strategy is to use the fewest number of the largest cells possible. These cells are then packaged into modules. The system is a simple, lightweight, and space-efficient solution, enabling them to optimize the battery energy storage and the layout for each vehicle designed with the Ultium propulsion system.

It has been reported that the new Cadillac Lyriq SUV offers both AC charging and DC. The fast-charging capability is to make sure that the concern of range and of charge time is not in the way of the Cadillac.

The company pointed out that they will be able to achieve much better mileage, much better-charging capability. The Lyriq has been designed to achieve 300 miles of range on a full battery charge.

Natasha said that General Motors is preparing to unveil a whole new lineup of electric cars, trucks, and SUVs. “The entire industry is going through a transformation. I think it’s very fair to say that Cadillac continues to play a lead role, and we are part of bringing it back to where it belongs.”

Written by Roberto Hugo Gonzalez, the 2009 SBA Journalist of the Year Award Winner & The 2009 and 2012 Paul Harris Award recipient.

Taco Palenque Drive-Thru is waiting for you!

Yesterday Gov. Greg Abbott announced the formation of a Task Force on Border and Homeland Security. The Task Force is comprised of key leaders from several state agencies, including the Office of the Attorney General of Texas
Read more

Gov. Greg Abbott announced Thursday that Texas will build a border wall along the state’s boundary with Mexico — but provided no details on where or when.
Read more

The Effects of the Real Estate Market on Brownsville

The City of McAllen is preparing for this year’s McAllen Independence Day Celebration presented by H-E-B.
Read more
- Advertisement -