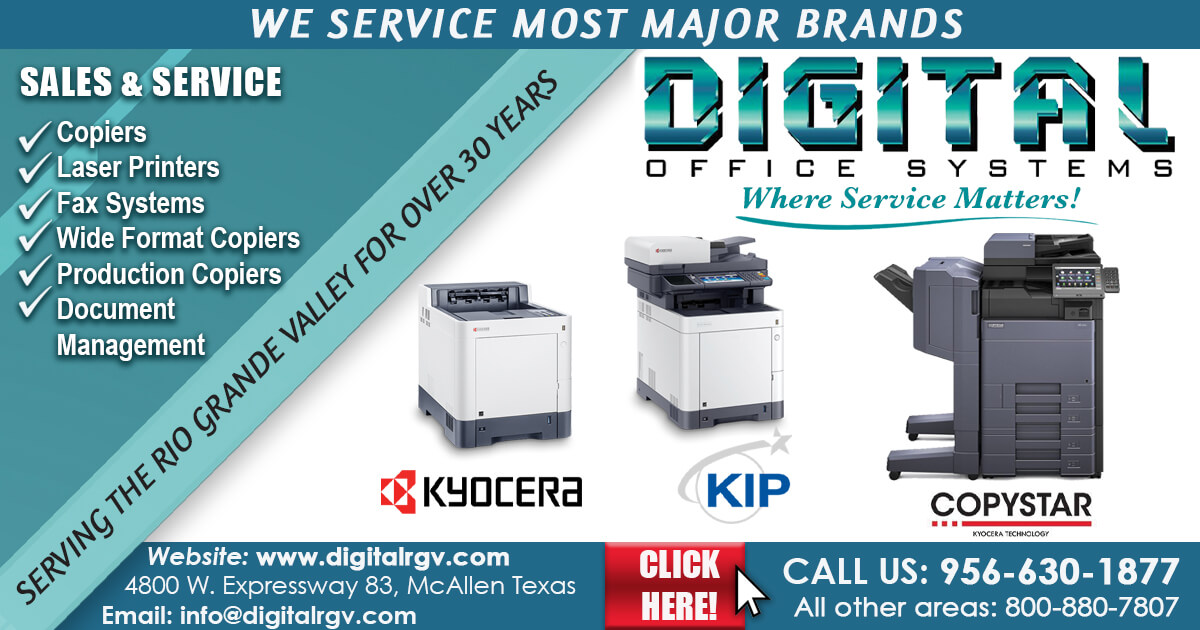 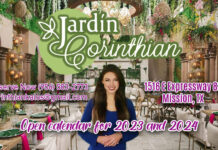 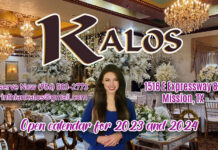 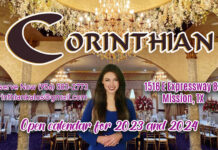 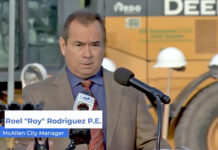 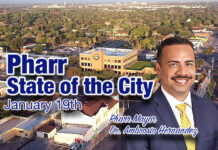 “Access to safe and efficient infrastructure is critical as more goods come through Texas’ Ports of Entry each day,” said U.S. Senator John Cornyn. “I applaud the City of McAllen and the Anzalduas Bridge Board on this announcement and look forward to seeing the positive impact this investment will have for the Rio Grande Valley and our economy.”

“Our ports of entry are key to our local, state, and national economies and this project will help the Anzalduas bridge grow, increase border trade with Mexico, and will create jobs,” said Texas Senator Juan “Chuy” Hinojosa. “Last session, working with our state legislative delegation, we secured $22 million from the Texas Transportation Commission to build up the infrastructure at the Anzalduas bridge. The City of McAllen, with the leadership of former Mayor Jim Darling, current Mayor Javier Villalobos, McAllen City Manager Roy Rodriguez, Anzalduas International Bridge Superintendent Juan Olaguibel, and TXDOT District Engineer Pete Alvarez, working with our federal, state, and local partners continue to expand our economy, create new jobs, and contribute to keep Texas as the largest economy in the nation and 9th in the world!” Hinojosa concluded.

Texas State Representative Terry Canales, who serves as Chairman of the Transportation Committee, reiterated the importance of the project and its impact to the economies of Texas, the United States and Mexico.

“The Anzalduas Bridge Expansion Groundbreaking is a momentous occasion for the City of McAllen, for every city and resident in the Rio Grande Valley, and for every citizen in the entire state of Texas,” said Chairman Canales.  “The Rio Grande Valley is on the front lines of international trade with Texas’s largest trading partner. We are the filter for tens of billions of dollars in trade every year, and we’re growing rapidly in virtually every category: economic activity, freight movement and tonnage, population, imports and exports. Anzalduas is an opportunity for the RGV to cut wait times down and entice more industries to come through us. Another commercial bridge here means more business and industry interested in setting up shop near our borders. This means more economic security, job security, food security, and national security in our hometowns. You can be sure that today represents a pivotal moment in time for the Rio Grande Valley,” Canales added.

McAllen Mayor Javier Villalobos not only highlighted how the project will soon alleviate some of the supply-chain issues the country is still experiencing.

“This is a very important project not only for McAllen and the Rio Grande Valley, but also our entire nation.  This project will provide immediate and direct enhancement to our supply chain, providing a much-needed corridor for goods to come into the country through McAllen,” said Mayor Villalobos.

Mayor Villalobos further went on to thank all of the federal and state partners for their support of the project, stating, “I want to thank U.S. Secretary of Transportation Pete Buttigieg for his approval in awarding the INFRA grant we received to support this project and for recognizing what a critical role this port of entry plays in the economy.  I would also like to thank Senator John Cornyn and the Rio Grande Valley federal and state delegation for their support on this expansion project to help Anzalduas International Bridge become a full commercial bridge. Increased trade with our nation’s greatest trading partner will necessarily boost the region’s, the state’s and even the nation’s economy.”

Echoing Mayor Villalobos’ comments regarding the importance of the project is McAllen City Manager Roel “Roy” Rodriguez, P.E., who pointed out the 775-acre Foreign Trade Zone with its150 maquiladoras located directly across from the Anzalduas land port in Reynosa, Tamaulipas, Mexico. These manufacturing facilities produce cell phone parts, home appliances, medical equipment and many electronics, all critical components to manufacturing products in the United States.

”This project’s significance goes much beyond our region. It is a project that will impact the entire State of Texas and the United States.” said McAllen City Manager Roel “Roy” Rodriguez, P.E. “We applaud the efforts of Senator Cornyn, Secretary Buttigieg and the Rio Grande Valley Congressional Delegation and State Legislators, including Senator Juan “Chuy” Hinojosa and Chairman Terry Canales for being instrumental in the awarding of grants for the project. for seeing the magnitude of this port of entry project and the impact it will have for our country.  I also want to thank Mayor Villalobos and the McAllen City Commissioners for sticking with it.  It takes a lot courage to make these types of investments for projects that are so visionary.  I am so proud to be on this team.”

A recent study completed by the Texas Department of Transportation showed that the Pharr-Reynosa Bridge, the only commercial bridge in the Port of Hidalgo region (Pharr, Hidalgo and Anzalduas bridges), force the average 9,300 commercial trucks per week to experience wait times of nearly 100 minutes during peak traffic times, forcing trucks to endure long hours waiting in lines, which negatively impacts economic potential.

“As trade and its importance grows, so must bridge capacity, capability and infrastructure,” concluded Mayor Villalobos.

The contractor for the Anzalduas International Bridge expansion project is D. Wilson Construction Company of McAllen and is expected to take approximately 320 days, or 11 months to complete.  It will soon support fully commercial cargo traffic at the land port. Currently, the bridge only receives empty cargo trucks traveling southbound.