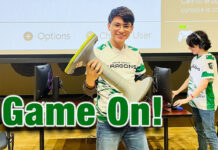 Region One ESC: Welcome to the World of eSports 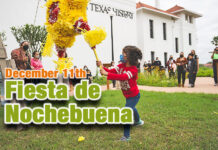 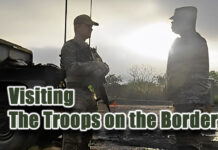 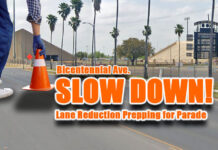 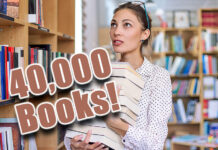 PHARR – Global Motivational Speaker Nick Vujicic kicked off his “Rise Above Bullying Tour” by addressing over 10,000 Pharr-San Juan-Alamo ISD middle school and high school students at the PSJA Stadium on Monday, Sept. 30. The rally was broadcasted live to over 400 locations across the state, nation, and even Canada.

Vujicic is an impactful and inspirational motivational speaker who has a passion for helping students Rise Above Bullying. He has made an impact on millions of students by sharing how he overcame bullying when he was in school and empowers his audience to do the same.  During September and October 2019, Nick will tour the USA sharing an anti-bullying and anti-suicide message to middle and high school students.

“No matter what you’re going through, if you need a miracle, be the miracle,” Vujicic told students during the rally. “Be thankful for what you have.”

The PSJA ISD event was possible with the support of Entrepreneur and Author Marie Cosgrove who was born and raised in McAllen. Cosgrove, as well as other speakers from around the world joined Nick to deliver special messages of hope and the importance of overcoming life’s challenges.

“Anti-bullying is important because words can hurt people,” said Escalante Middle School 7th grade student Valeria de los Santos. “Nick has gone through a lot of stuff in life, but still managed to do a lot.”

The rally was a continuation of the district’s new character education program promoting core values and ethics. In addition to Vujicic’s motivational keynote, PSJA middle school students learned about the speakers thanks to a curriculum written especially for this event by the PSJA Counseling and Curriculum Departments. This work will continue throughout the year with the establishment of the character education program called Anti-Virus. This 10-week curriculum started with the PSJA middle schools and will expand to the elementary and high schools.

As part of his tour throughout South Texas called “Greater”, which included an event at the Bert Ogden Arena on Saturday, Nick also visited with PSJA students who are part of the Pathways Toward Independence/ LIFE House program for a special VIP breakfast on Sunday, Sept. 29. This program for special needs students was created to provide them with life and employability skills.

“A lot of worldwide international education systems have not really embraced [special education] as much as America has,” Nick said to the attendees on Sunday. “You [PSJA ISD] have taken this to a whole new level not just for the state and for the surrounding districts, but literally for the country. You are a shining star for the United State of America. I’m so proud of the students here and so thankful because this is so heartfelt you can’t do this without compassion, love, sacrifice and generosity.”