In the U.S., as Dorian moves northward, its greatest impacts will be felt across parts of the eastern Carolinas later Wednesday through Friday.

AccuWeather Global Weather Center – Hurricane Dorian is coming – and going – with growing concerns about its impact from people along the entire length of its path.

In the Bahamas, the reality of what Dorian delivered will soon be discovered as the storm weakened Tuesday and was moving north-northwest along the southeastern coast of the United States on Wednesday morning.

“We can expect more deaths to be recorded,” said Bahama Prime Minister Hubert Minnis on Tuesday at a press briefing where he confirmed just seven deaths so far. “Our priority at this time is search, rescue and recovery … We are in the midst of one of the greatest national crises in our country’s history.”

The stories of human suffering and along with the aerial images of the widespread damage underscored the prime minister’s remarks about the long road ahead his island nation is facing.

Jessica Mullen of Hope Town in Elbow Cay gave a video tour of the destruction her home suffered in a post on Facebook. Rain was still falling and wind gusts were still whipping as Mullen captured the hellish scene on her smartphone.

She chronicled the most harrowing moments, recalling how she and her family ran from room to room, seeking the strongest place for shelter before eventually riding out the brunt of Dorian’s wrath in a small closet. 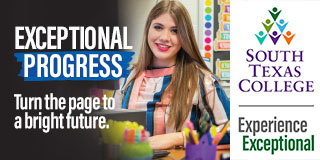 “Every room in this house has the windows blown out,” except for one, she said. “This is insane,” an overwhelmed Mullen marveled as she surveyed the wreckage all around her, furniture and debris tossed around like children’s toys.

The devastation in Freeport on Grand Bahama Island particularly struck veteran CNN reporter Patrick Oppmann, who said, “There are believed to be hundreds of people out there waiting to be rescued …. It gets worse every day. Usually after a hurricane, things start to get better. Here, things are continuing to get worse.”

Oppmann spoke with Freeport resident Howard Armstrong, whose wife died while the pair battled against the storm. “My poor little wife got hypothermia and she was standing on top of the kitchen cabinets until they just disintegrated. And then I kept with her and she just drowned on me,” Armstrong says.

In the U.S., as Dorian moves northward, its greatest impacts will be felt across parts of the eastern Carolinas later Wednesday through Friday, according to AccuWeather meteorologists. While remaining just offshore much of the time, a landfall is possible along the North Carolina coastline Thursday night or early Friday morning. The most likely landfall locations include from Cape Fear, North Carolina,to Cape Lookout, North Carolina, and the Outer Banks as a Category 1 hurricane on the Saffir-Simpson Scale, according to AccuWeather meteorologists.

Damaging winds, moderate flooding and storm surge are expected along the southeastern U.S. coast; as a result, Dorian’s impact is projected to be a 2 on the AccuWeather RealImpact™ Scale for Hurricanes.

“Even though Dorian is forecast to gradually lose intensity near the eye, the hurricane will gradually grow in girth in the coming days,” said AccuWeather Hurricane Expert Dan Kottlowski.

Evacuations for more than 2 million people began earlier this week and governors from Florida, Georgia, South Carolina, North Carolina and Virginia all declared state of emergencies and called for mandatory evacuations.

WATCH: Scientist Promises COVID-19 Vaccine in 3 Months, He Will Use...